Back in October, Canadian mushroom growers joined forces with the Breast Cancer Society of Canada to support research for the prevention, early detection and treatment of breast cancer.

“For every pound of mushrooms sold in the PINK packages from September 13 to November 15, Canadian mushroom farmers made a contribution to the Breast Cancer Society of Canada,” says Nick Pora, President of Mushrooms Canada.

“This was the first time we, as an industry, came together to contribute to a social cause,” says William Stevens, Executive V.P of Mushrooms Canada. “We set a modest goal of $25,000.” 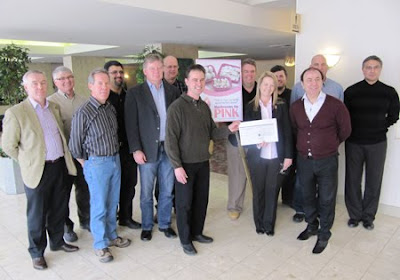 We “Liked” your help!
Mushrooms Canada made an additional donation of $0.10 directly to the Breast Cancer Society of Canada for every person who “Liked” our Mushrooms Go PINK Page on Facebook.

For more information on the link between Mushrooms & Breast Cancer visit mushrooms.ca/breastcancer.

“Canadian mushroom growers and their employees are justifiably proud of their donation of $61,129 to the Breast Cancer Society of Canada. The farm-gate price they received from retailers for PINK mushrooms in October was the same as they get for non-PINK mushrooms year-round. There were no premiums because the mushrooms were PINK. And consumers paid the same price for PINK as they did for non-PINK. Mushroom growers made these donations out of their own pockets and the Beast Cancer Society was overwhelmed by their generosity.”

Find Us Here… Here… and Here!

Check Us Out: Mushroom News Online

Check Us Out: Mushroom News Online brings together all the interesting and delicious mushrooms stories from the web to one place.

Stuffed Mushrooms with Blueberry Sauce
Impress your guests with this sophisticated recipe that features two superfoods.

7 power foods that boost immunity
“Studies show that mushrooms increase the production and activity of white blood cells, making them more aggressive. This is a good thing when you have an infection,” says Douglas Schar, director of the Institute of Herbal Medicine in Washington, D.C.

Vegetarian meals for holiday entertaining
A delicious Polenta with Mushroom Ragout makes a lovely supper for 4, or first course for small dinner party of 6 to 8.

Please note that links provided will redirect to another website. Mushrooms Canada takes no responsibility for content provided on such websites.

Check Us Out: Mushroom News Online

Check Us Out: Mushroom News Online brings together all the interesting and delicious mushrooms stories from the web to one place.

Magic mushroom recipes
“The variety of mushrooms available in stores makes them an easy addition to appetizers or meals,” writes Rita DeMontis of the Toronto Sun.

Glazed and stir-fried mushrooms make delicious vegetarian dish or serve as side
This unique dish can be served over hot cooked rice or salad greens for a light vegetarian meal. It is also ideal as a side dish with chicken or pork.

Companies Boost Vitamin D in Mushrooms
“Vitamin D is very stable, even in cooking and freezing,” said Caldwell, “and we see 80% retention over two weeks. It’s a wonderful item as opposed to other nutrients.”

Vitamin D intake associated with cognitive performance in older women
From a dietary standpoint, primary sources of vitamin d include fatty fish along with fortified milk. For vegans, mushrooms are the only natural source of vitamin d aside from sunlight exposure.

How to Make Creamy Mushroom Soup by Food Wishes

Please note that links provided will redirect to another website. Mushrooms Canada takes no responsibility for content provided on such websites. 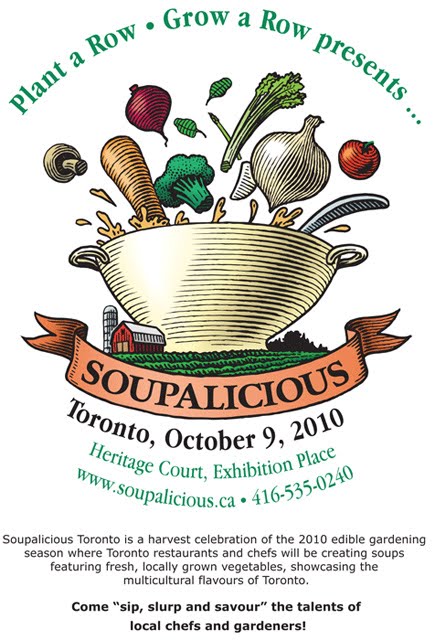 Mark your calendar for Toronto’s premier soup-tasting and harvest celebration!

Soupalicious Toronto is a harvest celebration of the 2010 edible gardening season where Toronto restaurants and chefs will be creating soups featuring fresh, locally grown vegetables that showcase the multicultural flavours of Toronto.

Mushrooms Canada will be there sauteeing up some fresh Ontario crimini mushrooms, handing out recipes, and answering all your mushroom questions, so make you stop on by!