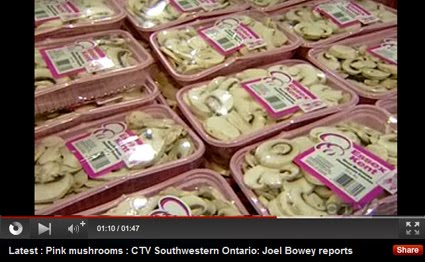 Mushroom growers across Canada have joined with the Breast Cancer Society of Canada to support research for the prevention, early detection and treatment of breast cancer.

Watch for the PINK packages of fresh Canadian mushrooms with a PINK ribbon on the label during National Breast Cancer Awareness Month, October 2010.

For every kilogram of fresh mushrooms sold in the pink packages from September 15 to November 15, a contribution will be made to the Breast Cancer Society of Canada.

Find more information on the connection between mushrooms and breast cancer here. 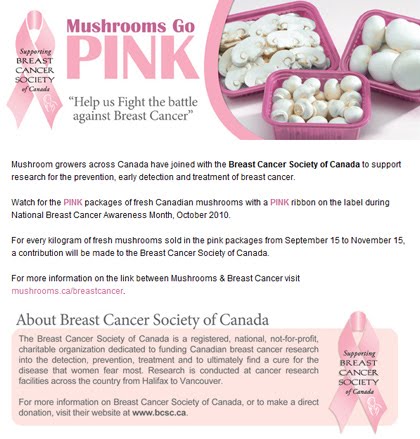 July 7, 2010
by Rita Demontis, Toronto Sun
Make it a mushroom moment — this delicate gift from Mother Earth offers the perfect compliment to any savoury dish, and is excellent for breakfast, lunch, dinner — even as a snack.
According to Foodland Ontario, mushrooms are fat-free and low in calories, and can be enjoyed raw or cooked. They do bruise easily, however, so do handle with care. To preserve freshness, store them in a brown paper bag and use them as soon as possible.
According to Mushrooms Canada, (founded in 1955 as a voluntary, non-profit organization whose members are dedicated to the production and marketing of fresh mushrooms nationally with membership including mushroom growers, processors, spawn makers, suppliers, scientists and other allied industries) Canadian mushrooms are available fresh every single day of the year.
Fresh mushrooms are firm to the touch, have uniform colour and have a slightly shiny surface, but don’t be alarmed by particles of peat moss that may be on some of the mushrooms — they’re completely harmless and may be brushed off prior to use.
And if you’re only familiar with one type of mushroom, like the beloved button, stretch yourself creatively and try your hand at cooking up another mushroom available for use. You’d be surprised at the flavour sensations they offer, especially when you blend a bunch together. I recently did so with a plate of pasta and was amazed at how flavourful they all were, especially when I added three tiny drops of truffle oil to the finished dish.
Popular mushrooms in Canada
Some of the most popular mushrooms in Canada include:
To see two of Rita’s favourite mushroom recipes check out the article on the Toronto Sun Website. 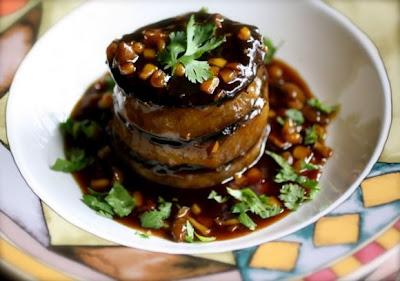 {via Taste with the Eyes} 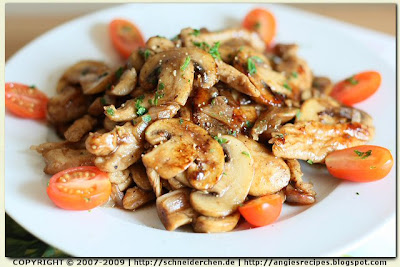 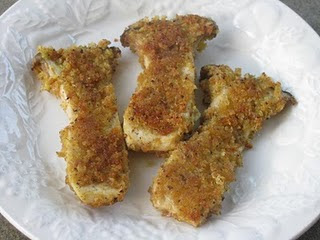 {via A Work in Progress}

By Judy Creighton, The Canadian Press

Whether it is a meaty portobello, funnel-shaped oyster or lacy enoki, these and other varieties of fresh mushrooms are now considered superfoods.
“They are full of nutrients and are virtually fat-, cholesterol- and sodium-free,” says Toronto nutritionist Clare Jones, commenting on recent studies of the popular fungi.
“On top of that, they contain a lot of antioxidants and vitamins and are showing their value in preventing diseases like prostate and breast cancer, heart, diabetes and arthritis.”
Add in antioxidants, and the term l-ergothioneine pops up. It is an arthritis-fighting phytochemical that doesn’t break down when it’s heated, which means the body still gets the benefits it releases.
Jones says she was surprised to discover that mushrooms also contain natural vitamin D.
“It is becoming very important for us to increase our consumption of this vitamin,” she says. Mushrooms contain a compound called ergosterol that is turned into vitamin D in the body.
Jones says that other nutrients such as vitamins and minerals found in mushrooms include essential traces of iron, potassium, phosphorus, magnesium, copper and selenium.
In fact, one portobello mushroom has more potassium than a banana, she points out.
Mushrooms contain no sodium, but are big on umami, which is an acid that rounds out other flavours to add taste satisfaction.
“You can also substitute mushrooms for protein, so there are a variety of reasons why they really fit the bill for consumers,” says Jones.
Are your children picky eaters who don’t like mushrooms? Jones says she hasn’t had a problem getting her kids to eat them. “I serve them along with other raw vegetables with their favourite dipping sauce,” she says.
Mushrooms are an economical food option, notes Jones. “Whether served as a side dish sauteed with a chicken breast or cooked on the grill with some pork, that is not expensive to do.”
From purchase to consumption, here are tips to handle mushrooms from “Get Fresh” by Toronto food writer Madeleine Greey.